Make 4 interest-free payments of $56.02 fortnightly and receive your order now.

Notify me when back in stock

Will who once was considered a “park” rider has since developed & matured his style into more street orientated, with his skill set acquired throughout the years he spends majority of his time riding urban environments & public spaces.

His deck is covered in a “MATTE BLACK” and wrapped around the bottom is an “American Traditional Tattoo” inspired graphic - the top features white webbing & initials on the side to complete the deck.

The graphic is a reflection of his personal interests & favourite flash pieces by Andrew Topley, a fellow South Australia who Will collaborated on the deck with to present the final product. 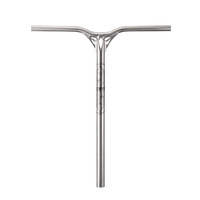 
More From This Category Subscribe to our newsletter
Service
Service
About Us
About Us
Information
Information
Contact
Copyright © 2022 Scooter Village
ABN: 52607997820

Select Afterpay as your payment method

Use your existing debit or credit card

Complete your checkout in seconds

All your need is:

1) An Australian Visa or Mastercard debit/credit card; 2) To be over 18 years of age; 3) To live in Australia